And he’s smart. Like went to a super academically demanding college, and killed it. Like, when I told my parents he existed I said, “he’s a rocket scientist” – and I wasn’t lying.

These traits are both VERY celebrated in his family. On a trip back East during our engagement, there was a robust conversation about my ability to provide sufficiently tall grandchildren, what with my diminutive stature. I somewhat nervously defended myself, “I mean, I’m 5″8’….. that’s not exactly short?” My mother-in-law to be quickly rebuffed me, questioning my asserted height, as though perhaps I would lie about it to get in her good graces? There was only to be one solution. I was to be measured. Yes, she ACTUALLY measured me.

Thankfully, there was no such test to measure if I would adequately assist in our children’s mental agility. I would like to think I would pass that as well, but I’m honest enough to admit I’d fail the math portion.

That being said, there are tall expectations set on my husband’s family, both literal and figurative. So it was with great joy when we dropped the bomb on them: we were aiming for average.

Personally, I’m tired – nay, downright exhausted – with the quest for excellence. Every child cannot be in the 99th percentile at their 6 month well baby check. It’s not possible. That’s just not how percentages work. Every child cannot be leaps and bounds above their peers academically. If they are? Great, if they’re not, that’s fine too. That HAS TO BE FINE TOO.

So when asked if our son was just “off the charts” in regards to his height, we would often reply, “nope, he’s right on track” sometimes even fudging the numbers to make him MORE average. The looks of horror on my in-laws faces were priceless. (However, they were quickly replaced with theories as to why he was so stunted, but that dear readers is a story for another time – spoiler alert: it’s my fault). A family of engineers, they would see him holding an object and making it work and excitedly exclaim, “oh, I see we’ve got another engineer on our hands!” They decided quickly and concisely that he would, obviously, attend his father’s alma mater and we’re debating what kind of an engineer he would be. My husband, again enjoying getting a rise out of his family, would say, “I don’t know, I think he’s more inclined to be an entertainer. Maybe in Vegas!” You’d think he said, “I don’t know, I think he’s more inclined to be a serial killer. Maybe one of those cannibal ones.”

And I get it, it’s back to school and there’s AP classes or “gifted classes” and Varsity Football or a starting spot on pop warner and someone’s getting first chair in the orchestra or the solo at the fall concert or will be the kid with the longest line in the Kindergarten production of Peter Rabbit and so many areas for our kids to have the opportunity to shine and excel. And we absolutely want to give our kids all of those opportunities and encourage them to be the very best version of themselves that they can be.

But we can’t all be 6′ 7″ (yes, that’s how tall my husband is) and we can’t all be engineers. And why should we all want to? Our kids won’t all play major league baseball or be famous actors or cure cancer. Most of them? Will just be average. Wonderfully, beautifully, average. That’s truly all I can aim for. 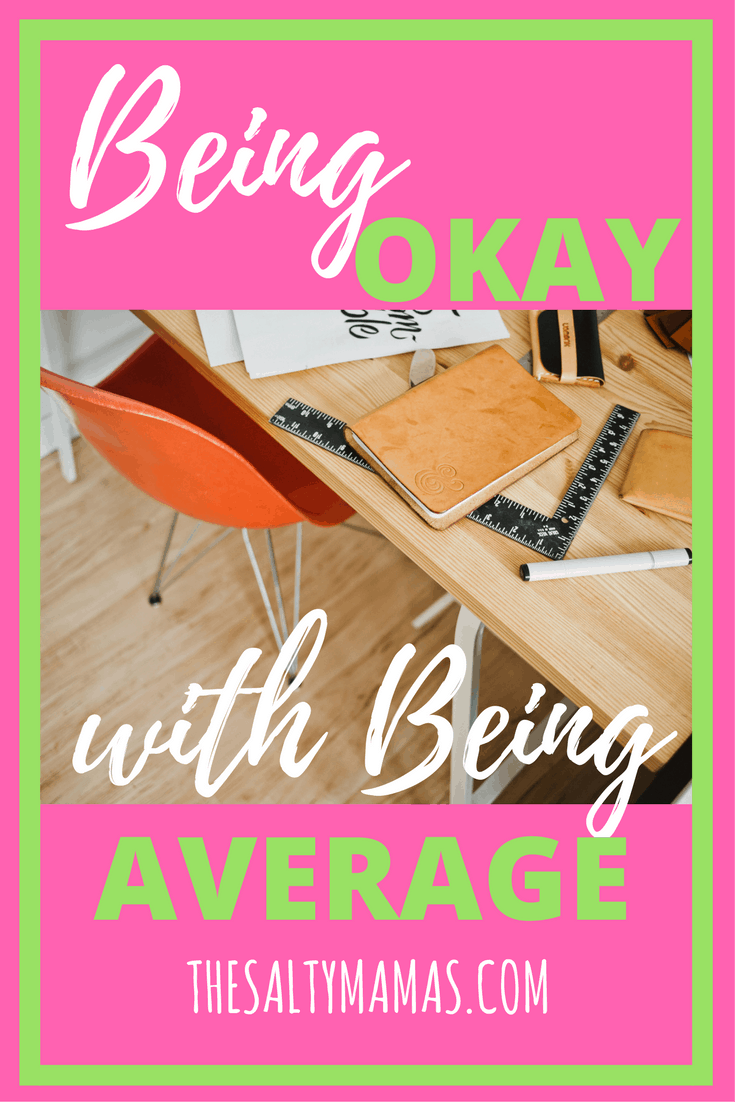