I run this house.

This isn’t a bold statement, it’s just really honest. My husband participates, he helps whenever I ask, he fills in where and when necessary. He thinks that he’s super vital in the day to day ops, but the real truth of the matter is that he changes the kitty litter and pays the bills. Of course there’s much more than that as far as his overall role in our lives. We love him dearly, he’s a great Dad, and I don’t say any of this to diminish his status around here. It’s not meant to be as harsh as it comes off.

Basically he’s a moderately hands off CEO that rolls up his sleeves when his employees are really in the weeds.

Until the weekend hits. Or he’s on vacation. Then he’s like the guy that buys the company and starts to make all kinds of changes before he asks any questions. He doesn’t know how things work, but that doesn’t mean he won’t give you all his GREAT ideas of how to make things better.

I didn’t realize Chad was this kind of Dad until recently when a few conversations made me realize he just doesn’t understand how things get done around here. A few weeks ago he suggested that we change breads:

Chad: That bread Joy had the other day was really good! We should start using that!

Me: Yeah, it was. I checked though and it’s like twice as much as the bread we buy….

Chad: Well that’s no big deal. What do we use? Like a loaf every few weeks?

Sure, it’s just bread, but did he really not notice that I make at least three people toast every morning? And a sandwich for our son to take to school three days a week? And I can’t blame him for not knowing how often Evie and I eat sandwiches for lunch during the week while he’s off eating Chipotle or something glamorous. But a loaf every three weeks?? At this my radar went up that he was REALLY out of the loop.

Then on the drive home from vacation:

Chad: What should we do for dinner tonight?

Me: I probably have something in the freezer I could throw together.

Me: Well, I’d have to run to the store real quick, but that’s doable.

Me: I mean, we’ve been out of town for a week. I don’t usually stock the house with fresh produce before we go out of town.

Poor kid was incredibly disappointed. Because he really was thinking there would be fruits and vegetables and a bounty of salad awaiting him when we arrived home. Like, does he not know how grocery stores work? Or the shelf-life of lettuce? I swear it was only a few years ago that he was living on his own, responsible for his own groceries, but apparently that info in his brain also has a short shelf-life!

Me: Dude, we needed a lot of diapers…

Me: Well I needed regular diapers for Evie and Izzie, and Pull-Ups for Evie cause she’s going to need a lot when potty training at school and [his eyes start to glaze over] and then I needed swim diapers for the girls, we’ve been swimming SO much that we’re burning through those and…

Chad: Got it. Diapers.

Did I spend $167 on diapers? No, I did not. But he has no clue how much diapers actually cost. Or bread. Or how produce works. Or basically anything about our day to day operations. And if it drives me crazy all the other times, I might as well get to cash in once in a while. 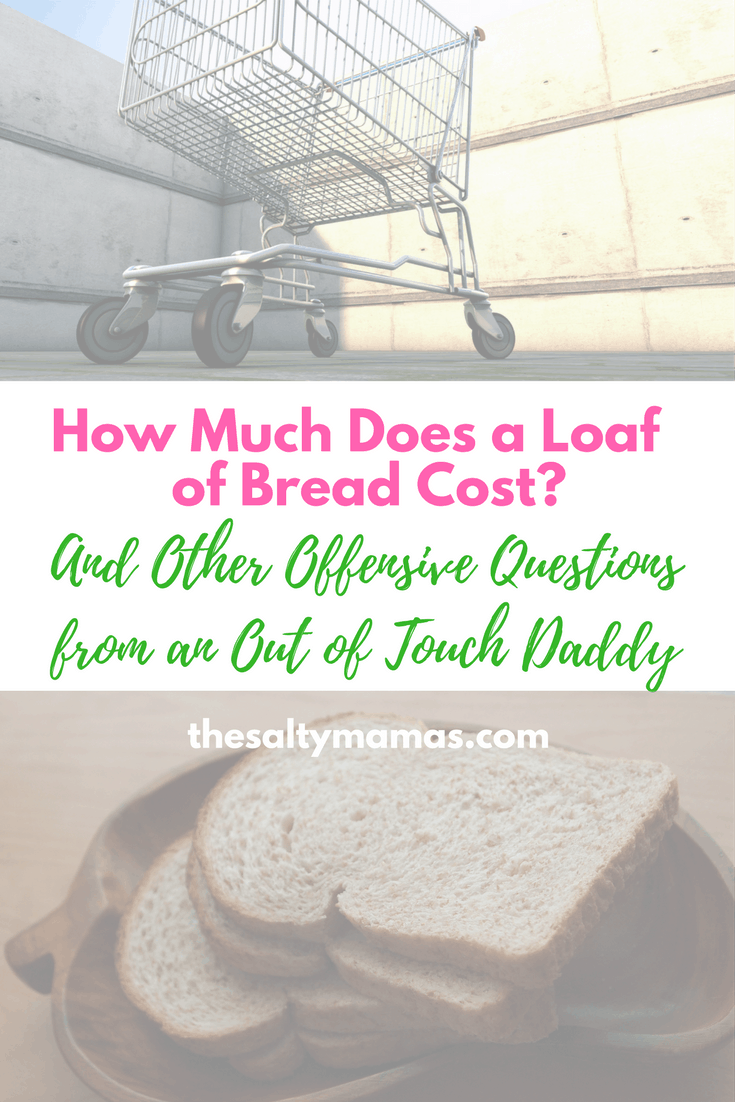