Back in the day, when I knew everything about raising children, without actually having children, I just knew how my kids were going to behave. I knew that they would never dare to defy me, that they would have occasional tantrums and the like, but that they would always know who the boss was, and that ultimately they weren’t gonna get away with nothing. And they’d eventually give in. After all, I literally spent years as a trained behavior therapist. I understand behaviors and their root causes, I know how to troubleshoot them, to identify them, and to fix them.  As a special education teacher, I always said I could outstubborn  a rock, and there was no behavior that I couldn’t solve eventually, with my determination and patience. I was known for getting through to tricky kids, kids with off-the-wall behaviors, and kids who were simply defiant or stubborn. I like to say that I have a Master’s Degree in getting kids to behave, and although the piece of paper says something fancier than that, it’s basically what it amounts to. So my own kids, of all people, would absolutely know better than to truly test me.

So the other day at the dentist.

My daughter, my precious, sweet, almost-as-stubborn-as-her-mama daughter, decided to make an absolute fool of me.

She cried silent tears while they took her x-rays, but she sat there and let them do it. She went into the exam room without a fuss. They took her back alone, but I pressed my ear to the door and heard that, although were tears, she let them look in her mouth, and she did what she was asked to do. She smiled bravely when they called me back to give me an update. She thought she was done, and so did I, and I told her how brave she was and that I was proud of her. And I really was. I smugly congratulated myself on raising a kid that would comply, even when she didn’t want to.

And then they’re like, “Okay, we’re going to start the cleaning now. Hop back into the char.”

It was all the tears, and the screaming, and the hands over her mouth. It was “I’m never going to do this!” and “I wanna go home” and (I kid you not) “I’ll give you money if you don’t clean my teeth!”  And I’m sitting there, flabbergasted, and completely, utterly torn. Should I scoop her up in a big hug? Or hold her little hands down while the dentist jams the tools between clenched teeth?

I tried all of those tricks.  I hugged her, I pleaded, I talked to her about why the cleaning was so important. I promised a toy at Target, I threatened to take TV away forever. I told her she could be Torrez of the Day. Those tiny hands of hers didn’t budge an inch away from her mouth. And then the dentist is like, “Looks like it’s not gonna happen today. I’m not going to force her. See you in six months.”

And my little-punk-of-a-kid hops down and smiles, like, “phew! They finally see the error of their ways.”

And the behavior therapist in me started to RAGE.  Because you know what’s going to happen the next time she goes to get her cleaning done, right Mrs. Dentist Lady? She found the get-out-of-cleaning free card. You handed it to her. You may have a DDS behind your name, but my MA in behavior still trumps you in this department.  My daughter schooled us both.

So I took my ragey self out of there. I apologized internally to all of those parents that I have judged over the years, for seeing a snapshot of their life and forming alllll those opinions about them and their family dynamic.  For being so dang smug and assuming I would never have problems like that. For assuming that my standards and expectations and determination and whatever was enough to keep me from public humiliation at the hands of a four year old.

But, because I’m also not a fan of being schooled by a four year old, I refused to concede defeat. I made her three appointments in quick succession, and I told her she would be going back to that dang dentist once every twelve hours until she got her teeth cleaned. She was going to live there until she handled her business.  I made her “pay” for the appointment with money for her piggy bank (only $5. I’m only a half-monster). And the next day, I marched her naughty little self back in there, fresh off of 24 hours without anything remotely fun, delicious, or enjoyable, plunked her down in the chair, and she got her dang teeth cleaned.

Of course it was a different dentist that day, so I got no credit for my redemption. Because obviously. But I take solace in the fact that just because my daughter won the battle, she did not win the war. And she did not, in fact outstubborn this rock.  Not that day, anyways. 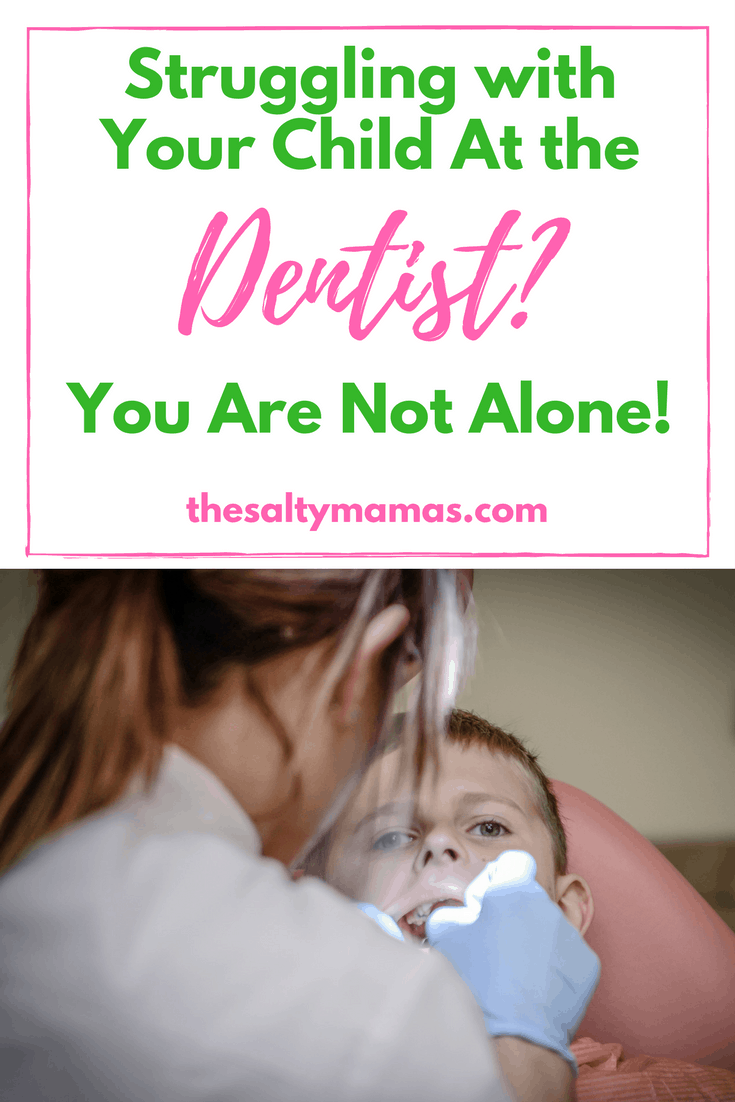