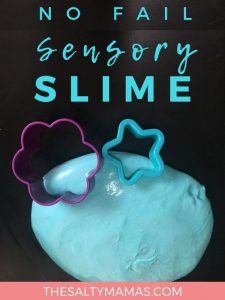 Four years ago, my friends and I started a co-op play school for our young toddlers. It quickly became known that if it was my turn to teach, there would be a sensory activity.

Usually it involved some sort of flubber-yes flubber- back before I knew the word “slime” was cool. I never intended to become the Mom with the easy fluffy slime recipe, but somehow I found myself passing around my recipe all the time.

When Jaymi asked me if I’d share my no-fail fluffy slime recipe with The Salty Mamas, I happily obliged. This recipe produces amazing, fluffy slime that your little one will want to play with for hours– and you might even have some fun too! I get my daughter in on the mixing, and she loves picking the colors and scents. 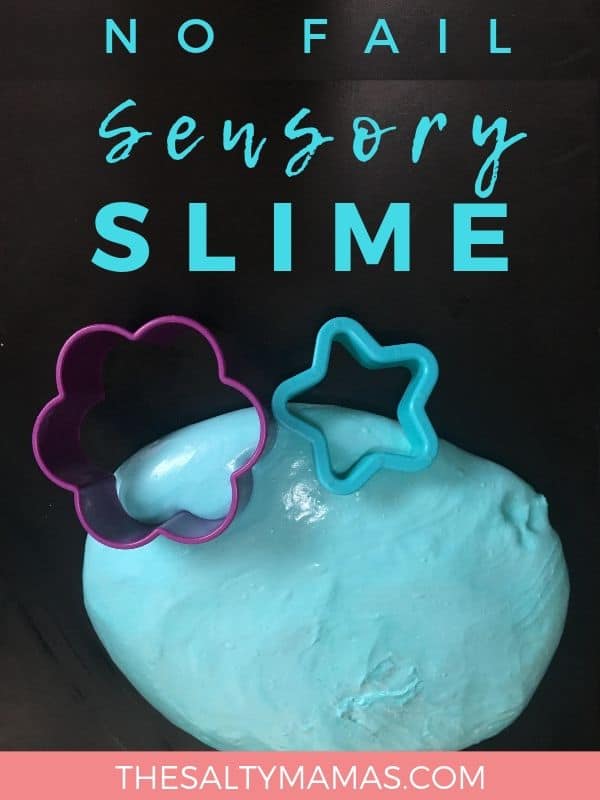