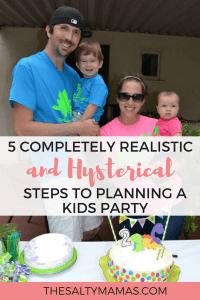 Sunday is my son’s 5th birthday party, and as I sit here taking a short break from the final scramble, I can’t help but reflect on the journey it took to get to this point.

I’m literally an event planner by trade, so I had it in my head that I was cut out for this whole party planning thing. I mean, if I can organize 5K fundraising walks for thousands of people and galas that need to raise a million dollars, then surely I can successfully execute one kid’s party right?

All the moody volunteer committees couldn’t prepare me for dealing with one surly 4 year old. The requests – nay demands – like real live unicorns – are out of this world.

But I’m getting ahead of myself. Here are the 5 steps you must follow to have a successful birthday party! 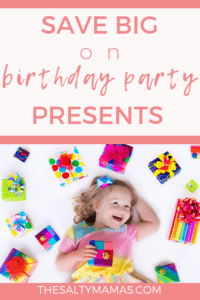 I don’t know how it works in your circle of friends, but in ours? We are heading full-throttle into what we affectionately call Birthday Season. From now until the end of April, we will likely be attending anywhere from one to four birthday parties every.single.weekend. And my kids LOVE it. But my budget? Yeah, it doesn’t.

How do I tackle all of those Big Birthday Bashes on a Budget? Well, it’s easy. I have a few very creative ideas for saving money on kids’ birthday presents.

Now, no one wants to look like a total cheapskate at a birthday party. The key for how to save money on kids’ birthday presents lies in planning ahead, being prepared, and adding just a touch of creativity to your gift.

So if you also have a billion birthday parties coming your way, try not to stress out- we’ve got some fantastic tips on how to save BIG money on some fabulous birthday gifts. 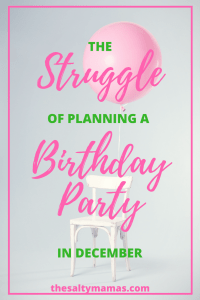 When we planned on having our first two kids rather close together, I didn’t take a minute to do some light math and calculate that we ran the risk of a December baby. So I think I made the ultrasound tech a bit nervous when she estimated my due date as December 18th and I looked “what have I done” levels horrified. YES, I was excited but OMG do you know how busy I am in late December? 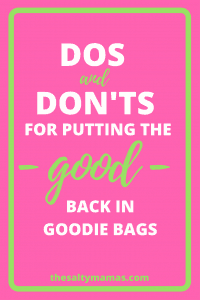 There I said it.

Controversial? Sure. But true. SO FREAKING TRUE. I just want them gone. But as I stare at an ominous October calendar that has a giant star on October 8, my youngest daughter’s first birthday party, I start to waver in my conviction. Because as much as I don’t want to make them, I know there will be kids that expect them. Hell, there will be parents that expect them.

I’ve given into the Goodie Bag monster before. At my sons second birthday I made little 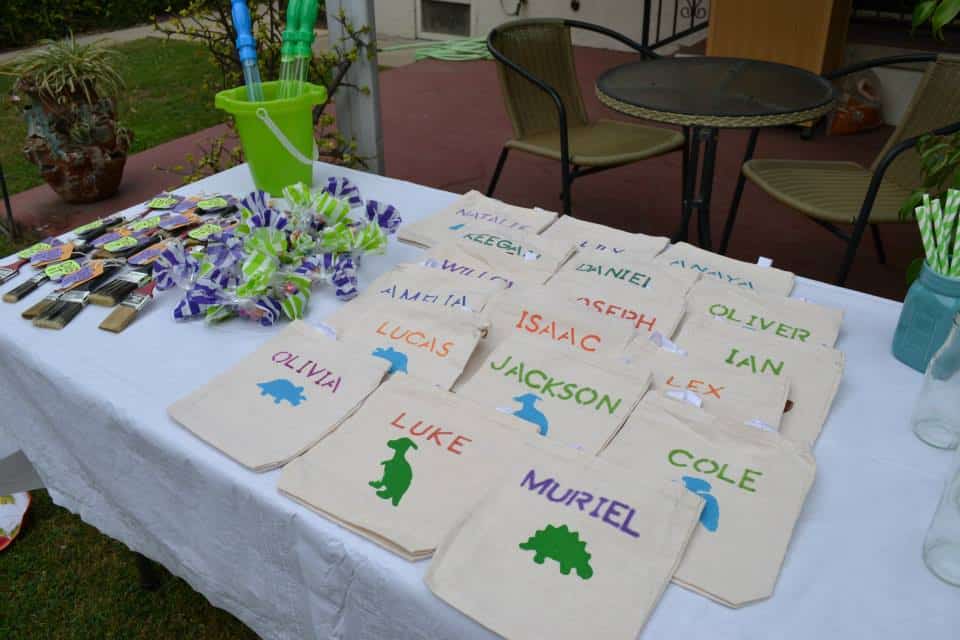 canvas bags, complete with each child’s name on them. A dinosaur themed event, each kid got “fossil dig” brushes – each with painstakingly Cricut-ed labels – and of course, the homemade salt dough fossils to go with them. There were bubble wants and homemade crayons in the shape of dinosaurs. And I’m not gonna lie, it was ADORABLE. But looking back, Good God was it a lot of work!

By the time I got to my second child’s first birthday party at the end of December, each kid got one coloring calendar. Because easy.

Three days away from the seventh birthday party in my resume, and I’m ready to throw in the towel and say eff it. I’m afraid I’m not going to get my dream of saying goodbye to the goodie bags, so here are a few Do’s and Don’ts for putting the GOOD back in Goodie Bag! 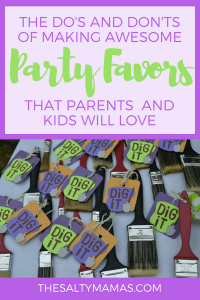