When we planned on having our first two kids rather close together, I didn’t take a minute to do some light math and calculate that we ran the risk of a December baby. So I think I made the ultrasound tech a bit nervous when she estimated my due date as December 18th and I looked “what have I done” levels horrified. YES, I was excited but OMG do you know how busy I am in late December?

As the months went by I mentally prepared for a December baby. I would always make sure Christmas and her birthday were separate events. I would still do themed birthday parties like Cole had. I wouldn’t give her “combo” presents – and wouldn’t let anyone else either. I would be ready for “Baby’s 1st Christmas” as a newborn.

I was basically as prepared as I could be for a person that was having a baby a week before Christmas that chose to not find out the sex.

But I digress….December 18th came. And went. And the 19th. And the 20th. And at this point Mama’s getting nervous because now I began to completely stress about the possibility of spending Christmas IN A HOSPITAL WITHOUT MY SON. He was one and a half and basically the cutest age in the universe for Christmas and the thought of not doing Christmas with him was enough to almost kill me. 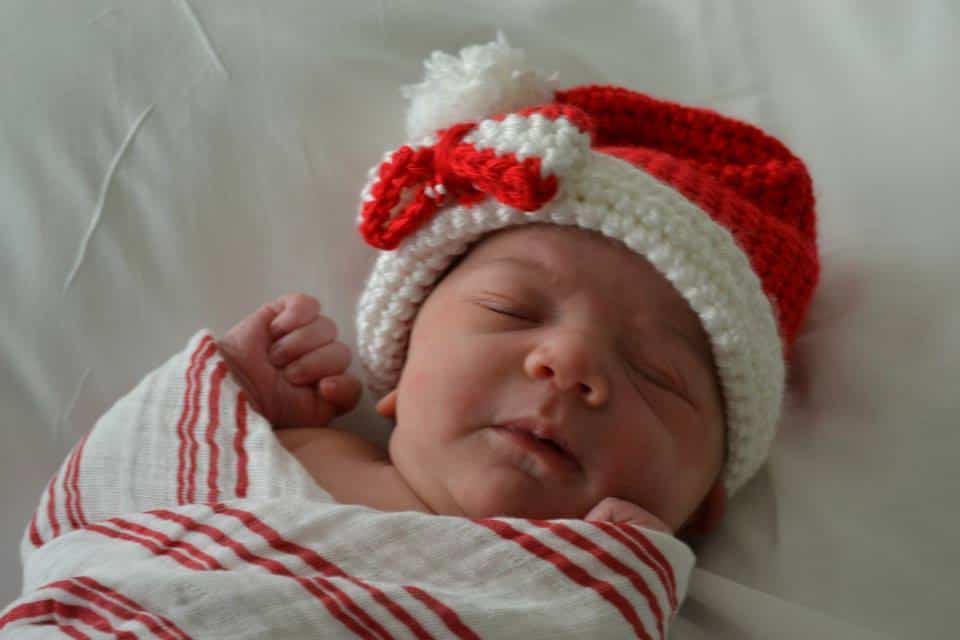 Thankfully, Evie was born the night of the 21st and everyone was healthy enough to be discharged on the 23rd so we could head directly to Target to buy the baby some Christmas presents (because as I’ve mentioned before, I’m crazy, and we didn’t know the baby would be a girl and she needed a few things). Our first Christmas was lovely and our little sweetums was even in the newspaper.

Everything had gone as planned and I was doing a great job as a Mom of a December baby!

Until her first birthday, which I hastily pulled together at the last minute. Her Winter ONEderland was beautiful and decidedly separate from Christmas, but was definitely lacking the planning of Cole’s Country Carnival first birthday. For her second birthday, she got a birthday playdate midweek with friends. But STILL guys, we had cupcakes and a piñata and sure, I didn’t include a theme, or at least one I can remember a year later, but sources tell me there WAS  party.

And here we are. Two days before her big Trolls Dance Party 3rd Birthday (Yes, not a Trolls Party – a Trolls DANCE PARTY – because we love a dance party). The theme had been picked for MONTHS. Cake ordered weeks ago. Balloons ready to be picked up party day. Décor rushing here courtesy of Amazon. Everything perfect. Except that I FORGOT TO INVITE ANYONE.

I sent out the SOS and, thankfully, had a few friends that had their Sunday afternoon open to help us celebrate my sweet little December baby. Because the struggle is real y’all. December birthdays are no joke. So to all my fellow December Baby Mamas – good luck! And Happy Baby Birthday!

3 thoughts on “The December Birthday”