The morning started out in our usual way. Mommy makes coffee for herself, breakfast for all the kids, makes Cole’s lunch while the kids eat, and then once the kids are done/too restless to eat without making a bigger mess than I’m prepared to handle we move to the living room for a dance party led by DJ Alexa. 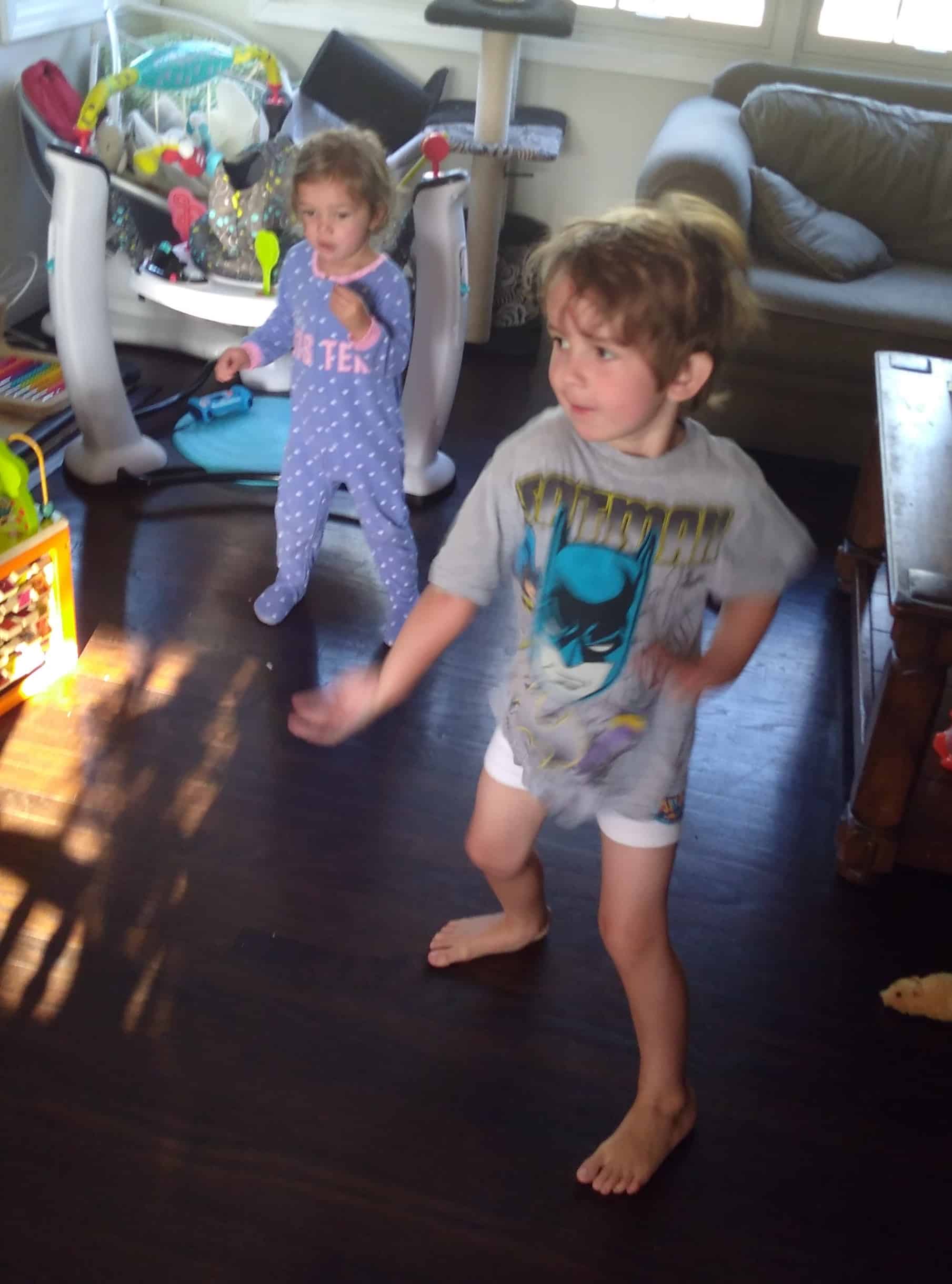 Alexa Dance Party is usually a complete and total highlight of the day. It’s fun Mom shit. My kids think I’m cool and not all rigid and full of rules. I lipsync to Trolls and Moana and put on a performance reminiscent of Britney in her heyday. I’m a pretty big deal for a few minutes each morning. The kids giggle and clap and dance and sing along and we all just have FUN.

Sometimes, when the party is really rockin’ and rollin’ I sneak out to go to the bathroom in peace. Inevitably this is when the party gets REAL real fast.  Usually it’s something I know how to handle: “Evie ate my banana.” “Cole knocked me over because he was dancing too much.” “Evie won’t dance with me.” “Cole is singing too loud.”

I can field those all day long. I was not prepared for this mornings fight. I ran out of the bathroom to INCONSOLABLE SCREAMS from 2/3 of the children. I breathed a sigh of relief upon realizing at least the baby was happy. One point for Mommy. The other two were simultaneously screaming something about Trolls.

Cole: But EVIE wants to listen to Trolls!

Mommy: Okay, I don’t understand, you both want to listen to Trolls?

Evie: But COLE wants to listen to Trolls.

Cole: NOOOOO I want to listen to Trolls!

Evie: NO! It’s MY turn, I want to listen to Trolls!

I, of course, sent my Salty Mama Jaymi a play by play of this insanity that was my 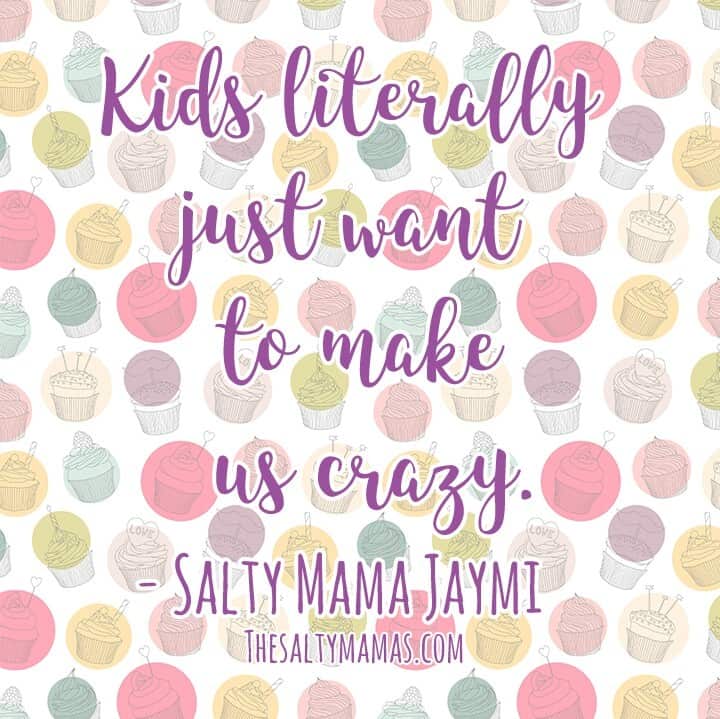 morning to which she calmly and rationally responded: “Kids literally just want to make us crazy.”

And somehow, that made it better. My stubborn side came out, I dug in my heels, and played freaking Trolls. They screamed louder because they HATED that the other one was happy, even when it was really what they wanted. They threw themselves on the ground and then they decided to – yes, I’m going to go there – get back up again. 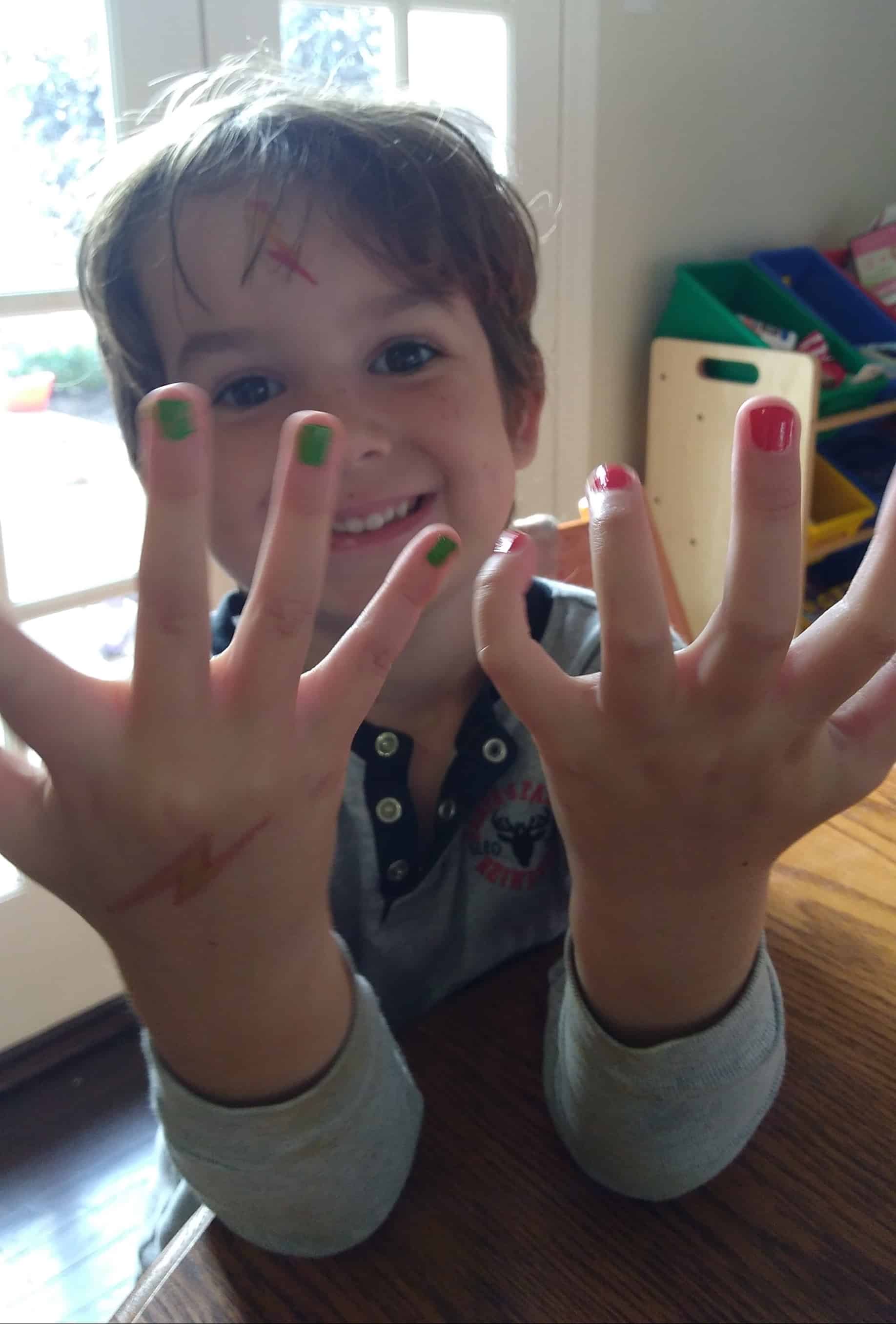 They just couldn’t help themselves. As quickly as it all went to hell, it went back again. In a few minutes, we were back to normal: I was painting my sons nails while breastfeeding Izzie…but that, my friends, is a post for another day.

Probably a day where the kids fight over who gets to tell Alexa they want to listen to Shiny from Moana. Because Lord knows they’ll both want to.