Nothing strikes as much fear into the heart of a toddler mama like two simple words can. Did you guess it? No, not “Uh Oh.” (Although YES. So much yes.)

But if you’ve got a kid in the two to three year old range (and particularly if that kid is a boy), I bet you could guess it pretty quickly- Potty. Training.

The internet abounds with tons of amazing tips for potty training a two year old quickly. But then there are the OTHER potty training tips. The tips unlikely to show up in any other Pinterest feature. And, OH do we ever have your back on that front.

For your reading pleasure- a little potty training humor from the dark (and dirty) side of toilet training.

Like, at all. Even if they’re easy to slip on, and you’re like, “hey they’re rubber! These are perfect for potty training.”

We need to let you know that there is nothing quite as disgusting as dumping out a boot full of urine, and then trying to remove said urine-stain-smell from a $19 pair of kids boots.

We know- letting them go commando is a thing in the potty training world. It’s such a popular theory that we decided to give it a try. And it was actually working pretty well.

Until we found poop trailing down our hallway like a bread crumb path of destruction. We found the kid, all right. And so, SO much more than we would have ever hoped to find.

Got your printable potty training planner yet?

Before starting potty training, you probably thought it just involved taking off the diapers and popping them on the toilet once in a while.

You were wrong. So wrong.

There are approximately 5,000 theories on the best way to potty train. We prefer “Oh Crap: Potty Training” for their real talk and practical advice. Snag your copy here.

Now that you’ve got some reading material for yourself, don’t forget some books for the kids. We are partial to “Potty” by Leslie Patricelli and “We Pee” by the HILARIOUS Susan Levy (your kids are gonna LOVE this one).

When I was potty training Lila, I wasn’t going to give in to the bribery aspect of toilet training. She would get a quiet affirmation, and that was all.

And you know what? The popsicles did the trick. No shame in my toilet training game, y’all.

Seriously, you need about a case of Clorox Wipes to make it through this phase alive.  I had no idea how often- or how much!- kids peed, until I saw the evidence on my beautiful wood floors.

We now have a container of Clorox wipes in each room. Because no room is safe, apparently, not even my own.

…And a Gallon of Apple Juice

If your kid is going to get in a sufficient amount of practice…you’re going to need them to pee a LOT.  Start filling them up with apple juice, water, milk– whatever liquids you can get into them. 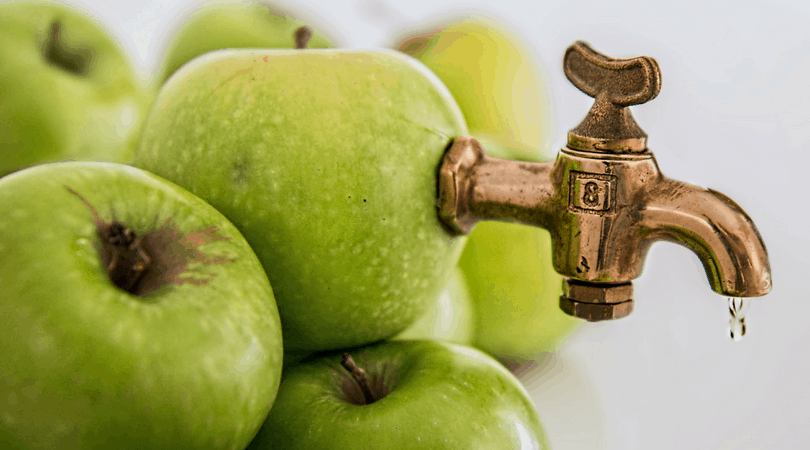 Because you want to get liquid OUT of them (hopefully into the toilet), and super-hydrating is the way to make it happen.

Do Not Mention Potty TRAINing

Because kids take things very literally in the toddler years, and they are bound to get excited about the Potty Train.

They will want to ride it. They will be very disappointed when you present a toilet, and not a train.

Related Post: How to Potty Train a Boy (Without Driving Yourself Crazy)

Realize That You Are Potty Training Yourself, Too

Yeah, your kid isn’t just gonna take up toileting on their own. Nope, you’re going to have to train yourself to take them to the bathroom every so often (read: very, very often) until they finally figure out how to tell you that they need to go.

Do yourself a favor, and buy this effective (and cheap!) little watch. It’ll remind your kid (and YOU) that it’s time to take a trip to the bathroom.

And there are versions shaped like a toilet, so they’re probably going to love it. Get it in pink, green, or blue.

It’s just not worth trying to figure out the complex directions on how to clean a carseat, or becoming the reason for a “Clean Up in Aisle 5” announcement.

Until you’re pretty well into toilet training a toddler, we’re going to recommend that you get VERY comfortable with the inside of your house. As in, never leave it. Ever.

Or if you do, cave immediately and give them a pull-up. Best practices be darned, because otherwise your kid WILL pee on the slide in a Chick-fil-A. I mean, that’s never happened to us of course. But we hear it can happen.

My kid turned the slide into a waterslide today.

And not with water. #momlife pic.twitter.com/TAIv2HHdU7

You might think to yourself, “I do laundry every three days. So if I factor in an accident a day, I’ll probably be good with seven pairs. Two a day, and a spare!”

You need an ungodly amount of underwear to make it through potty training a two year old without hand-washing some chonies in the sink (ain’t NOBODY got time for that).  You need at least a dozen pairs– maybe more.

In the early stages, it’s not at all unlikely that your kid will blast through six pairs of underwear a day. Like, minimum.

And if your child should poop in said underwear- if you can afford to throw them away, just throw them away. Make a little line item in your budget that says “Buy Limitless Amounts of Underwear” and give yourself permission to spend, spend, spend. (Alternately, do what I do and get them from Kmart or Sears for free.)

It’s one of those things that’s just going to happen, and it’s better to plan for it and accept it than to find yourself in laundry hell for weeks or months at a time.

There’s this conflicting pressure to both potty train a toddler very early, while simultaneously waiting until they’re ready. Two is often viewed as much too young (“Wow, that’s early. Hope they don’t experience any problems as a result!”) and past three is viewed as much too late (“Will he be going to kindergarten in diapers?”)

As always, The Salty Mamas encourage you to IGNORE ALL THE JUDGY MCJUDGERSONS. You know your kid, and you know what they can and cannot do (and frankly, what you’re willing to put them, and yourself, through in the process).

Give it a try, but don’t be embarrassed to throw in the towel.  If it’s not working, give it a rest, wait a few weeks or months, and try it again.

And next time? Leave the boots out of it.

Looking for more on potty training? Check these posts out next!

Do you have your Potty Training Planner yet?? Get yours here for just $12, and make getting ready for potty training a breeze!