I am not good at being sick. I am terrible at taking time to recover. So I’m that nutjob in Labor & Delivery asking if I can leave early. Which is how I was checked out of the hospital 23 hours after our third baby was born. All that sitting around was making me ancy. I wanted to sleep in my own bed and eat my own food (or at least Chipotle’s food but in my own house) and I was sure my Target checkers were starting to worry. Basically, I had shit to do.

And so it was that a day after we were discharged, I found myself running errands with 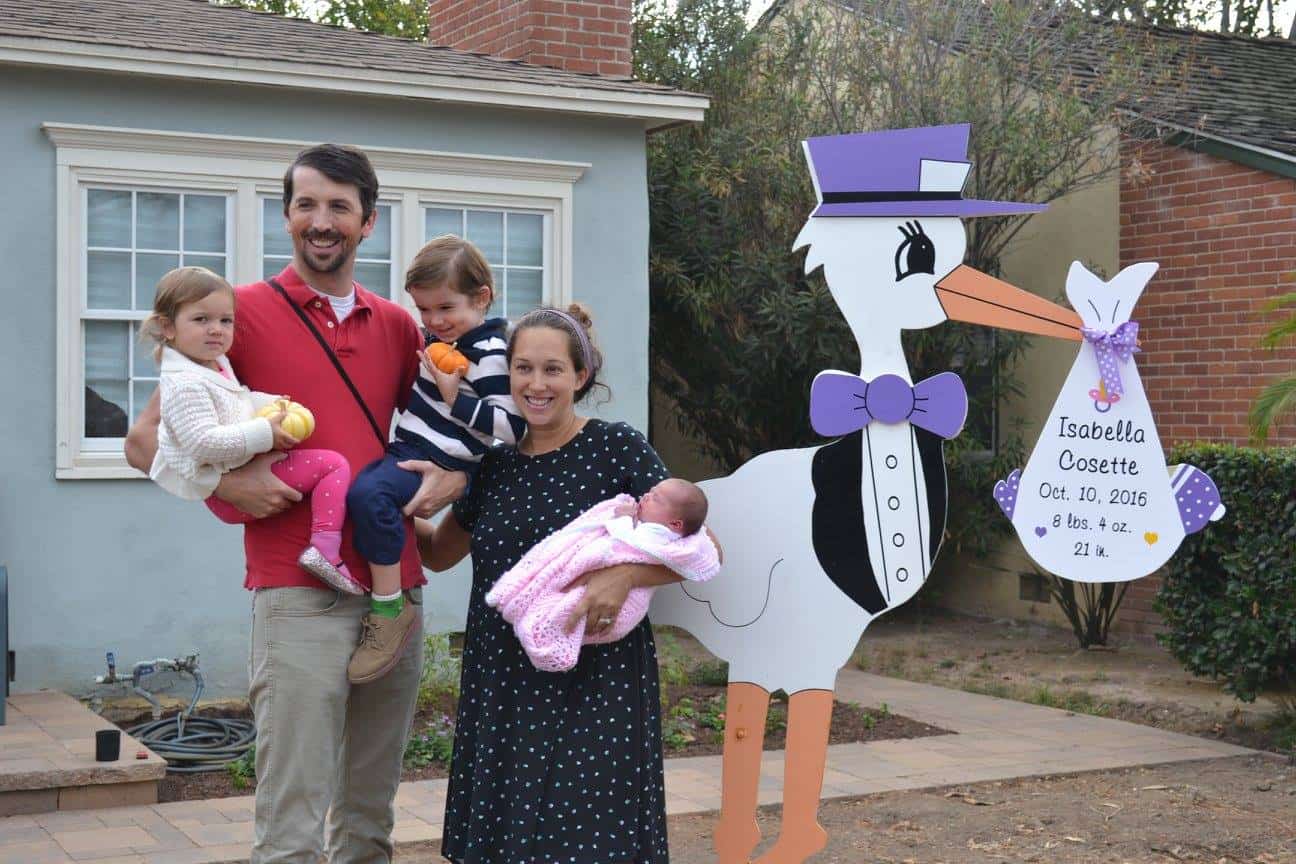 the family. We visited my Nana, so she could meet the baby. We went to the grocery store because even though I was fine with eating ALL THE TAKEOUT my kids still wanted milk and fruit and all that “growing food” we apparently had spent too much time focusing on. Oh! And the post office, I definitely had to go to the post office! DO NOT FORGET TO GO TO THE POST OFFICE! A day before the baby had been born – SIX DAYS LATE, THANK YOU BABY #3 YOU WERE SUPPOSED TO BE EARLIER THAN THE OTHER TWO, but I digress – I had been selling some LuLaRoe on some Buy/Sell/Trade sites because I can’t just sit and do nothing waiting for baby’s arrival! But it wasn’t going to mail itself, so I told my husband to take me to the slightly out of the way Post Office that was never busy and has the lovely old lady that’s so friendly and works on Wednesdays.

I left Chad and the kids in the car – I may be running errands 43 hours post partem but I’m not insane! – and popped into the post office. As predicted there was only one person waiting in line. He was a cute old man, wearing a hat signifying that he was a Veteran and I warmed to him immediately because he reminded me of my Papa.

I smiled at him as he turned to me and exclaimed, “Oh! You’re having a baby! When are you due?” I took ZERO offense because, let’s face it, I DID look pregnant. I had that weird, mushy, misshapen I-just-had-a-baby belly thing happening, and if you don’t KNOW I just had a baby, expecting a baby seems like a pretty good explanation. I kindly responded, “Oh, no, I had a baby two days ago actually.” The woman now in line behind me squealed and offered congratulations, commenting on how impressive it was that I was already out and about. I smiled and thanked her and assumed that would be the end of that.

I was wrong. This is where the cute little neighborhood post office feel good story takes a turn.

My sweet, old Vet turned back to me and grumbled, “What, did they leave one or two in there???”

Uhhhhh, excuse me?? I did a double take trying to rectify this new development with the aforementioned assumption that this was my new grandfather figure. The nice lady behind me tried to take over asking the usual just-had-a-baby questions.

“Hey!” – Joy, he returns – “Did you hear there’s something in the air that keeps getting girls pregnant.”

I REALLY just want to mail my stuff and leave, but he was just as adamant that I hear the punchline of his joke, so he came up quite close, right to my face and says, “THEIR LEGS!”

At this point I was too shocked to respond with anything other than an absolutely stunned expression on my face. As I’m contemplating picking my jaw up off the floor, he sensed the disapproval from me and my companions in line and proceeds to respond the way so many offensive men do: “Oh, I’m only joking, don’t get mad.”

Because, of course, it’s MY problem that I’m insulted when someone makes uninvited comments about my weight and getting pregnant – not that he’s a douche…..

And so it was that I was reminded of how awesome it is when men think it’s appropriate to say whatever they want to women, about women. I left more than a little bit pissed off. Fired up. Sad for my daughters that will be growing up with crap like this happening in their lives. Adamant that my son be kind and respectful. Disheartened to see that douchbaggery has no age limit.

But he didn’t make me feel bad about the way I looked. Cause I had just made a person. And then gone to the post office. And that’s pretty badass.