You know that parenting is going to throw a lot of new situations at you. You’re going to say a lot of things to your kids you never expected you would have to say. Things like, “Please stop licking the dog” and “Yes you have to wear shoes to the dentist.”

But I was not prepared for all the new conversations I’d have with my husband. Here’s one of our most….memorable. 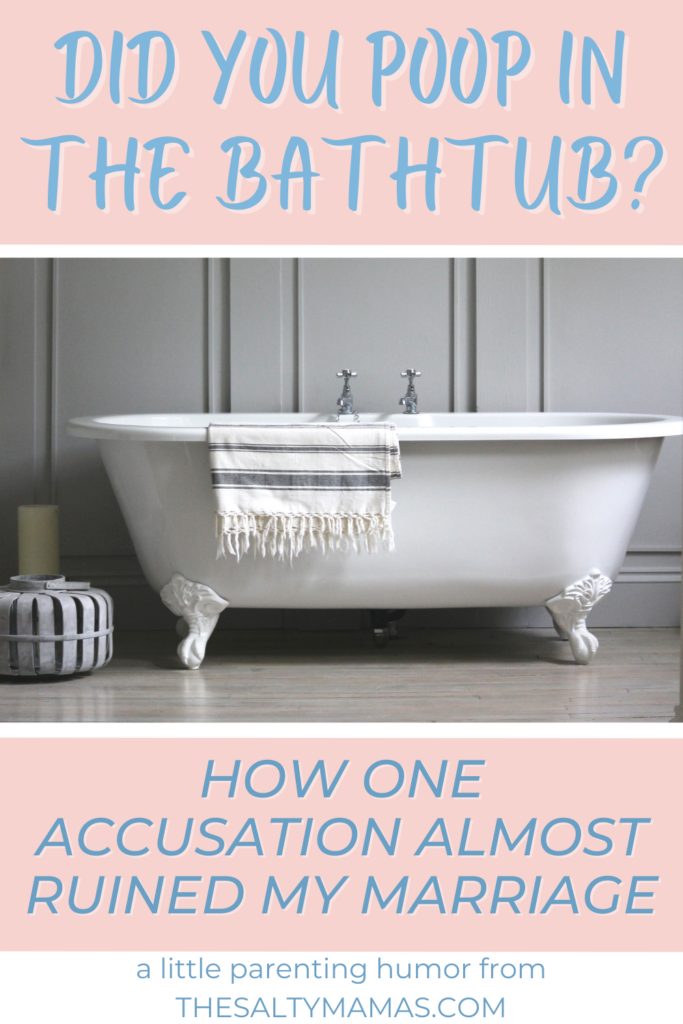 My husband comes out of the bathroom, fresh from a shower, still with dripping wet hair, and looks at me with utter disdain.

“Babe. Did you seriously poop in the shower?”

I mean, I’m not sure how I’m supposed to respond to this, because clearly, I did not. Like, I’m not sure how to even justify this with an answer. We live with a four year old and a one year old. How, of all the Torrezes, is the 31 year old devoted wife and mother nominated as Most Likely to Poop in the Shower?!?

Mike: “Well you were the last one in there, and there was a little poop nugget in the drain”

As EVERYONE ELSE BUT MY HUSBAND has probably already figured out, a few hours earlier, our one year old did, in fact, poop in the tub. Because that’s kind of a thing for Torrez babies, apparently. And I did my best to clean it up, evacuating both kids from the tub, scooping up the poop (well, most of it anyways I guess), and spraying the whole thing down with Lysol. And I did all this without even sending out a Spousal SOS, for which I probably deserve some kind of medal. At the least, gratitude. But certainly not accusations of some form of shit-related vandalism.

And that got me to thinking about some other “reminders” my husband has given me.

Me: Oh shoot, I just threw out some balsamic vinegar this morning and now I need it for this recipe.

Mike: Don’t dig it out of there, it’s too late.

Like, obviously, hon. I’m not gonna use trash-vinegar on this salad I was planning to serve to company. CLEARLY.

My Husband: *Standing Next to My Child, who is sitting precariously in a bike seat attached to a grown-up-sized bike* You’ve got to watch him when he’s in there, Jaymes. You can’t walk away and just leave him in there.

WELL YEAH I KNOW, BOO. I didn’t intend to leave my wibbly, wobbly one year old strapped into a fifty-pound piece of metal by himself. Who do you think I am?!?

*The baby’s graham cracker falls in the dog’s water bowl.*

My Husband: Don’t give that back to him.

Good idea, buddy! Thank God you said that, cause I was just about to hand this soggy, dog-water cracker back to our precious fifteen month old. I mean, if it was an apple slice or something I would, but a graham cracker?? Just think of what a mess he would make with it.

On second thought, maybe I get why he thinks I need this kind of advice now. But pooping in the shower?? That just goes too far. 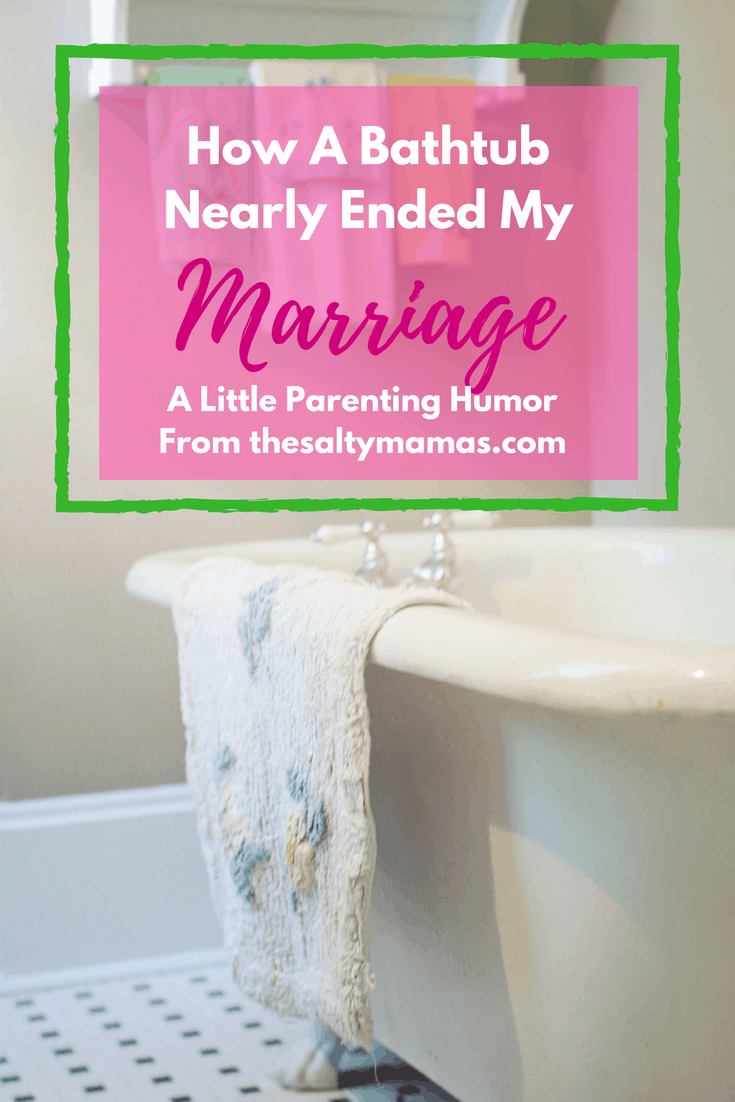