When I was three years and three kids into Motherhood, I embarked on one of my most exciting journeys. A trip the HELL out of dodge. Without my husband. Without my kids. Just me, a cruise ship, the open ocean, and 9 of my best Mamas.

I was excited and apprehensive and happy and nervous and all the emotions. To be honest, I love to WATCH a Mom vacation a la Real Housewives of Every Single Franchise Ever, but there was always a part of me that was like, “why do they want to go out of town without their families so often???”

But I’m getting ahead of myself. Because unlike the Real Housewives of Everywhere, the drama surrounding my trip happened entirely before we set sail. Basically, the moment I told anyone I was going somewhere. If I had a dollar for every time someone asked me, “Who’s watching the children?,” I could probably have paid for the entire trip. If I got another dollar every time someone had to pick their jaw up off the floor when I answered, “Uh….their father,” I could have covered my bar tab. Which, for the record, ended up being a very significant total. But I digress.

The people around me were VERY concerned with me going on this trip. Offers to assist Chad flew in from every corner of my universe. I could leave confident that no one would go hungry, because the neighborhood was going to band together and bring a collection of casseroles and baked goods. His arms would never ache because the biddies at church all volunteered to come over and “just hold the baby” while he tended to the other children. Other people got fancy with their plans. “I’ll take Evie, we can do something fun! Then see if your Mom can take the baby, that way Chad can just hang out with Cole! Guy time!”

Basically the message was this: If Mommy was irresponsible enough to just go and LEAVE her children with a practical stranger their Father, then my village was going to step in and provide backup.

Perhaps this leaves a questionable perception of my husband. By all accounts, he’s a pretty hands on Dad in every day life. He changes diapers, he plays and reads, he knows his way around a onesie.

But I get it. Three days is a lot of time with the kids. He isn’t as used to doing everything day after day after day. Alone. Let’s be real, three days would be a lot for anyone.

Know how I know that?

BECAUSE MY HUSBAND HAS TO TRAVEL FOR WORK AND I DO THIS ALL THE FREAKING TIME.

When he went to Wichita for three days, where was my casserole???

When he went to Utah for a week, who was coming over to hold my baby???

When he left to Connecticut for two days when our third baby was TWO WEEKS OLD who the EFF took the reigns and doled out my other children so I could focus on the tiny ball of NEED???

So I stood there, patiently listening to all the concerned voices and when they felt like they’d said their piece, I told them all the same thing, “Thank you, that’s very generous, but he’ll be fine.”

With a little help from my Mom. 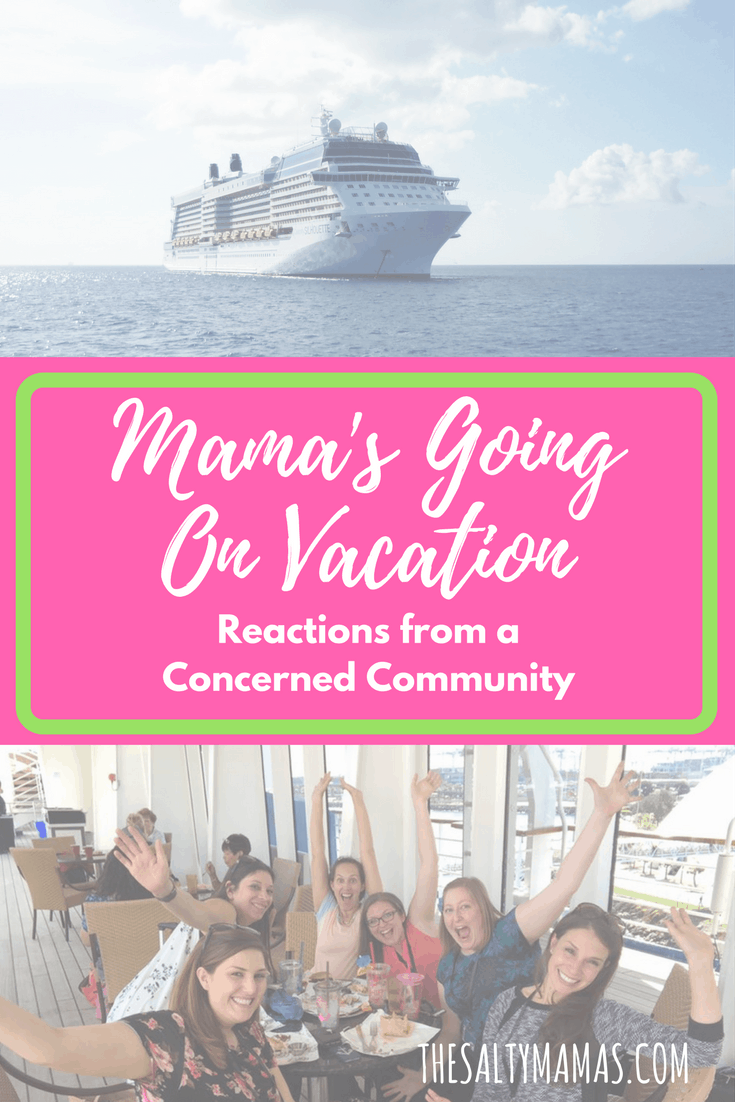 19 thoughts on “Mama’s Going Out of Town: Reactions From a Concerned Community”