Yes, sometimes as Mom’s we’re way too excited about the little things. Like an extra piece of chicken or getting a good cart at the grocery store. But on the flip side? We’re sometimes overly salty – and I’m not talking about being salty in the good way like McDonald’s fries. I’m talking about the fact that we’re chronically exhausted and under-caffeinated no matter how hard we try to drink all the Cokes  and coffees, and sometimes that makes us go from zero to salty in 2 shakes.

We know you all MUST have some Super-Salty-Pet-Peeves of your own.  We’d love to hear them in the comment section!

(And yes we DO know these are all first world problems, thank you very much. We also get salty about important things too, but let’s be honest, we’re not laughing about those, and neither would you. So this list is gonna have to do for now.) 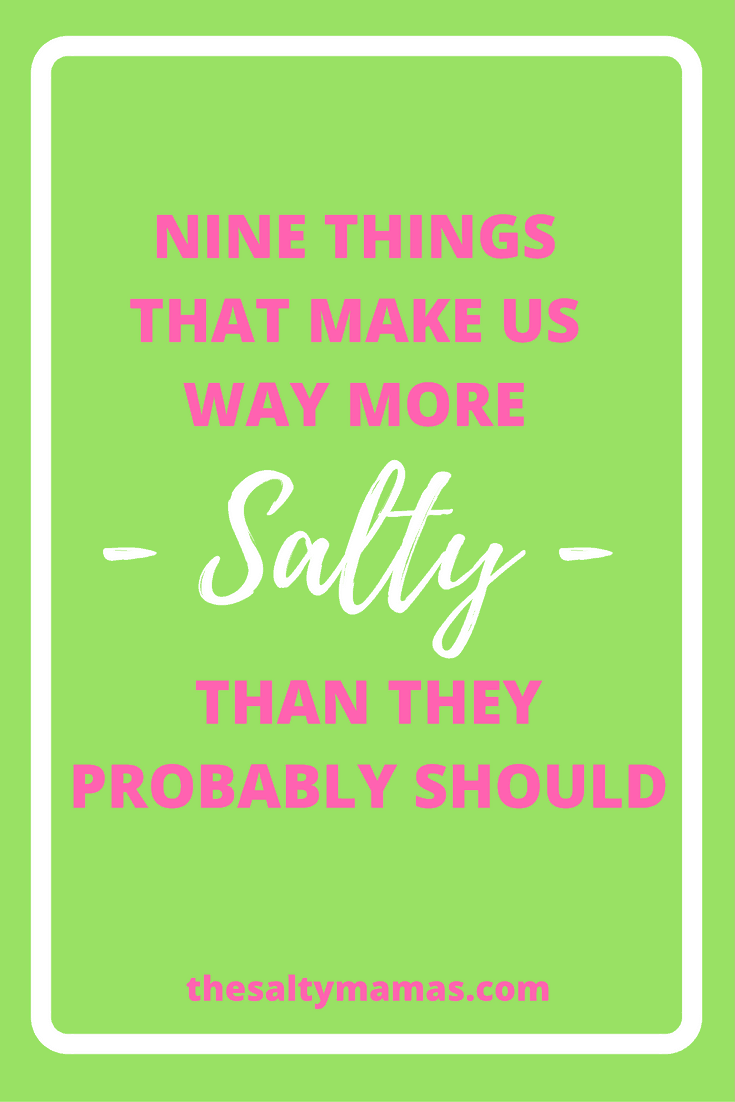 If the Daddy’s ask us where the pajamas are one more time we’ll lose it! Check out the 8 other things that make us super salty!