Confession: Our third child was a big, fat, whoops.

Let me back up a minute. We wanted three kids. Heck, we are still planning to go for four. Five? Let’s not get ahead of 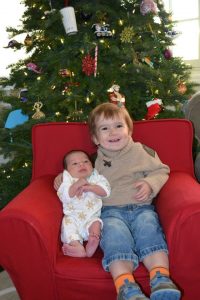 ourselves. In a very much planned event, our first two kids are 18 months apart. In retrospect, getting pregnant when my first was nine months old – still SUCH a baby himself – was a little, uh, crazy. So, immediately after our daughter was born, I put the kibosh on all baby conversation. I’d only taken a nine month break the first time, but this time I was going to go BIG. I adamantly proclaimed to anyone that would listen that we were taking a WHOLE YEAR OFF this time. For a year we wouldn’t even TALK about that next baby.

During the year, we made our master game plan.

We’d enjoy our first two children. We’d get the swing of things. We’d find our groove. And then, when the kids were older, maybe in school, we’d decide that the time was right. We’d tuck in our kids – maybe 5 and 6 by now – and look at each other, both thinking about how we missed the sweet smell of a little baby, the weight of them in our arms. We’d go for #3 and then quickly after #4. We’d have two sets of two, our perfectly planned family.

But you know what they say about plans. I think I can still hear the heavens chuckling…..

We celebrated our daughter’s first birthday. Four days later we celebrated Christmas. We finally moved the baby out of our room and into her own. Then we rang in the New Year. Around this time my husband made a joke that my year was up and it was time to discuss the next baby. I groaned, elbowed him in the side, rolled my eyes, said “Give me a break! I didn’t mean a year to the day!”

A week later, I was pregnant with #3.

In the interest of it keeping it honest, I have another confession: I was not excited. I felt sad. I felt unprepared. I felt out of control. In a weird way, I was grieving the life we had planned on having, at least for a little while. I felt some guilt over my son becoming a “big” brother long before his second birthday. And now my daughter would earn the “big” in front of sister a couple months before her second birthday. I wanted to give them each a little more time to be my babies. 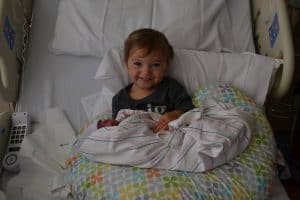 Perhaps the hardest thing was that I wasn’t allowed to be sad. I was pregnant! That’s a success! A joy! Sadness is for infertility. Sadness is for pregnancy loss. Sadness is not for people that get pregnant when the wind shifts. Especially because it was common knowledge that we didn’t plan on being “done.” When I sheepishly let some people know, “This wasn’t exactly planned….” I was almost always met with, “Well, you were planning on having more anyway.”

Another child strains so much. My body was exhausted. I felt like I’d never had a chance to recover completely, and I had missed the opportunity again. My marriage was good – but babies are TOUGH. I had been looking forward to not having an infant in our room. To having time alone with my husband to reconnect as people, not just parents. And fun fact: kids are expensive. We were doing fine, but buying fewer diapers would have been alright by me.  And diapers! I’d almost be diaper free if not for the baby!! But no, I was staring down the barrel of a life full of breastfeeding and diapers and three car seats and a thousand sippy cups and SO. MUCH. POOP.

Now our youngest is 17 months. And I don’t ever want her to FEEL like she was a “Whoops.” We love her and she fits in with the other children perfectly. It would be hard to imagine them as a duo any longer, now that they’ve recruited her into their gang to complete their trio. 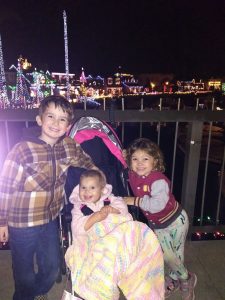 But sometimes I wonder….what would life be like if it were just the four of us? When do we pull the trigger and have that fourth baby? Now?? A bonus baby later? Do we have to wait a while and have TWO more?? Do we just….not? And be done? None of the answers feel right. And despite our wonderful family of five, I feel a little lost. And I can’t help but think that feeling comes from my daughter’s unplanned arrival, despite having over two years to adjust to our new normal.

So we’ll do the only thing that we can do. Enjoy our family the way it is and see what the future holds for us, even if I don’t have all the answers. 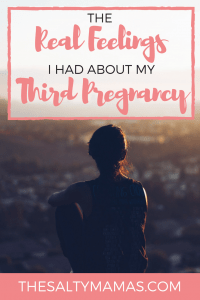 4 thoughts on “My REAL Feeling About Our “Surprise” Baby”