This summer, we will all gather for birthday parties, holidays, beach days, pool parties, cookouts and campouts. And at every single one of them, a version of this will occur:

A cluster of women will be standing in a circle near a cluster of men. One of the women will bemoan the fact that her husband NEVER cooks. Said husband, from his conveniently adjacent location will hear these words like a homing call, turn around, address the women and proclaim, “Hey, that’s not fair! I barbeque!” This will be followed by a collective eye roll from the women. The wife, if she’s smart, will just say, “That’s right dear” so everyone can go back to having a good time.

But lets be clear.

The men do not DO the barbeque. Here is what a barbeque ACTUALLY entails. 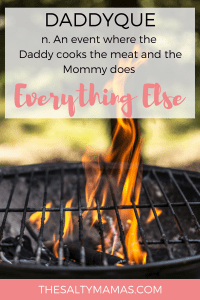 Step one: Plan for the barbeque.

You may have a conversation with your partner about WHAT actual meat will be grilled. If you’ve got one of the fancy ones, he may even offer to toss on some sort of vegetable. At this point, you will be required to select all the side dishes, get recipes, go to the store and buy everything. You will also be required to make sure this stays within the family grocery budget.

Marinate the meat, chop the vegetables, cook the pasta for that homemade pasta salad he loves and suggested you make (even though you had your eye on that premade stuff from the deli), wash and cut up fruit, bake something delicious for dessert, basically, you know DO the entire meal. Oh, and see all those dishes you just used? Well, just a quick reminder….they’re not going to wash themselves. Yeah, that’s probably on you too.

To be fair, the men are not COMPLETELY exempt from this step. During this incredibly important phase, your partner will walk over, and turn on the grill. It’s not to be missed and is crucial. It’s basically on par with all that other stuff you just did. He also grabbed a beer while he was doing it, so don’t say he can’t multitask!

Here, it is, his BIG moment! 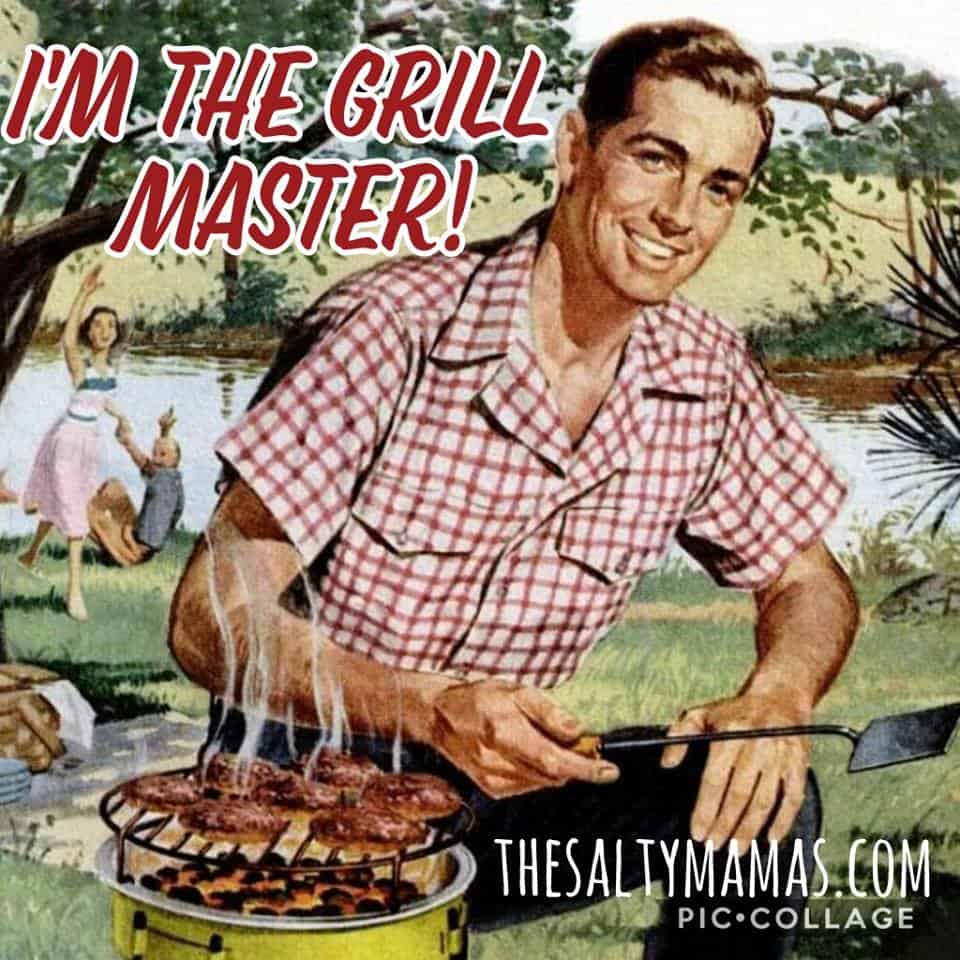 But you should probably help just a little. Help him find his tools real quick. Then when he’s ready, bring him the meat you marinated. Don’t forget to run back in and get him a NEW platter for the cooked meat. Wash the one with the marinade when you get a sec, okay? Don’t want stuff piling up!

While he’s doing this, it’s a good time for you to finish all the other items. Toss salads, make sure everything has a serving spoon, are the plates and utensils ready, refresh people’s drinks – oh shit I forgot to put out the chips and salsa before! – do that, check on husband, maybe grab him another beer – now is NOT the time for multitasking, honey! – the meat has to be flipped at the PRECISE moment! 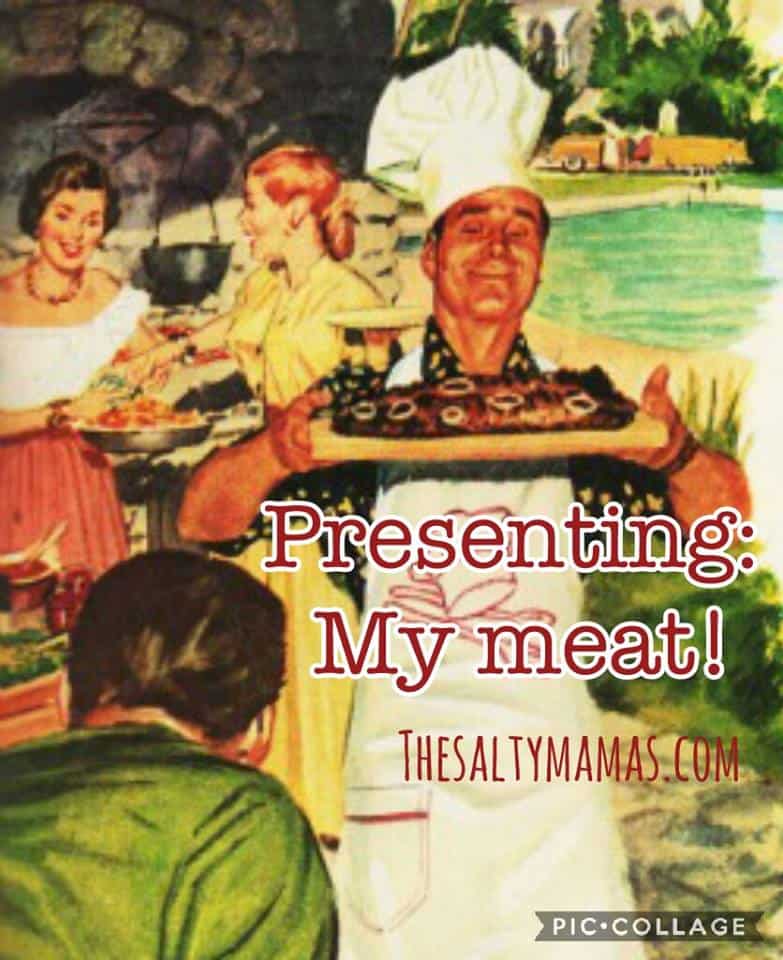 Once it is, he’ll set it on the tray (the one you brought him) and stand proudly, tongs in one hand, beer in the other and survey all that “he” has done.

Don’t ruin that moment for him.

Everyone will tell him how DELICIOUS the meat was, perfectly seasoned, cooked to perfection. The corn salad that took eleventy years to chop is great too, of course. It just doesn’t get the same acclaim as MEAT. But at this point you’re too exhausted to care. Instead, you grab a margarita, kick back and forget about all those dishes.

Later, once the friends are gone, but the buzz remains he’ll say, “that was a great barbeque, we should do it more often.” You’ll nod, because it was nice. And now you can say, “but honey, you didn’t barbeque. You did a daddyque.”