Ask any Mama what she loves about the fall, and nestled somewhere between a Grande Pumpkin Spice Latte and putting on a cozy sweater will be taking the kids to the pumpkin patch. It’s a fun family tradition that you can start when your babies are teeny tiny and keep up as they grow. It signifies the beginning of fall and is something that everyone in my family looks forward to every year. Plus, kids and pumpkins make for insanely adorable pictures. Need proof? Fine. 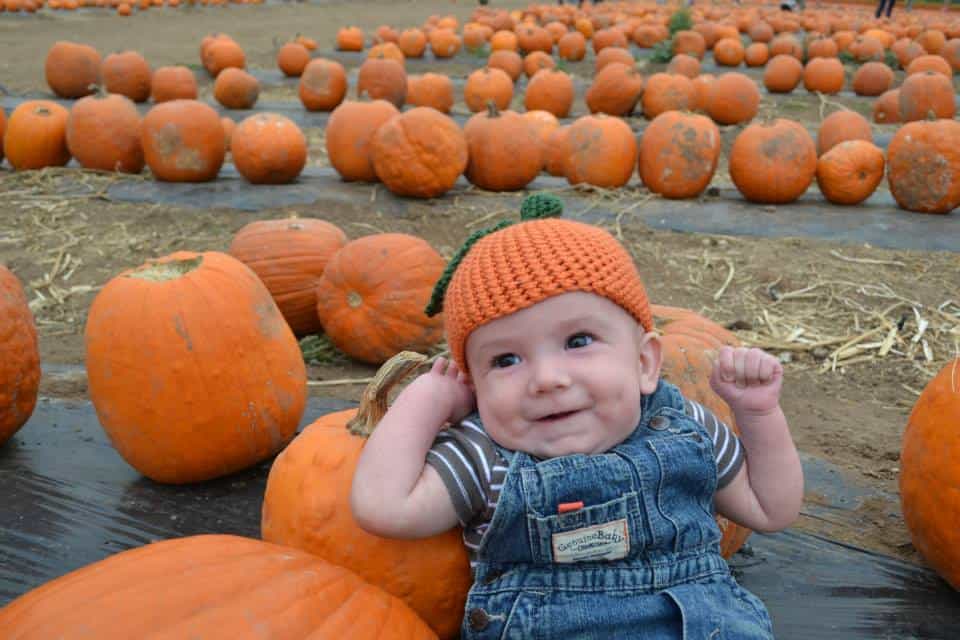 The pumpkin patch is AWESOME. Whether yours is in the middle of a city and has carnival style rides, a petting zoo and a concession stand or is out in the country and has apple launchers, a corn maze and homemade cider, every one is full of fun for the family.

Yes, the seedy underbelly of the pumpkin patch operation is insanely expensive pumpkins. And while you’re there for the adorable (and usually free!) photo ops, your kids are probably there for the expensive stuff – like the rides, treats, and pumpkins. Look, when I go to a carnival, I’m prepared for expensive rides and games. I know I’m going to shell out $5 for a tiny bag of popcorn I could make at home for a fraction of the price. But there’s something about paying extra for those pumpkins that kills me.

The pain that I feel in my heart – and my wallet – as I hand over a credit card to pay $20+ for a pumpkin that I can get for $3.99 at the grocery store is palpable. But what else can you do? It’s a pumpkin patch – you can’t just leave without a pumpkin! 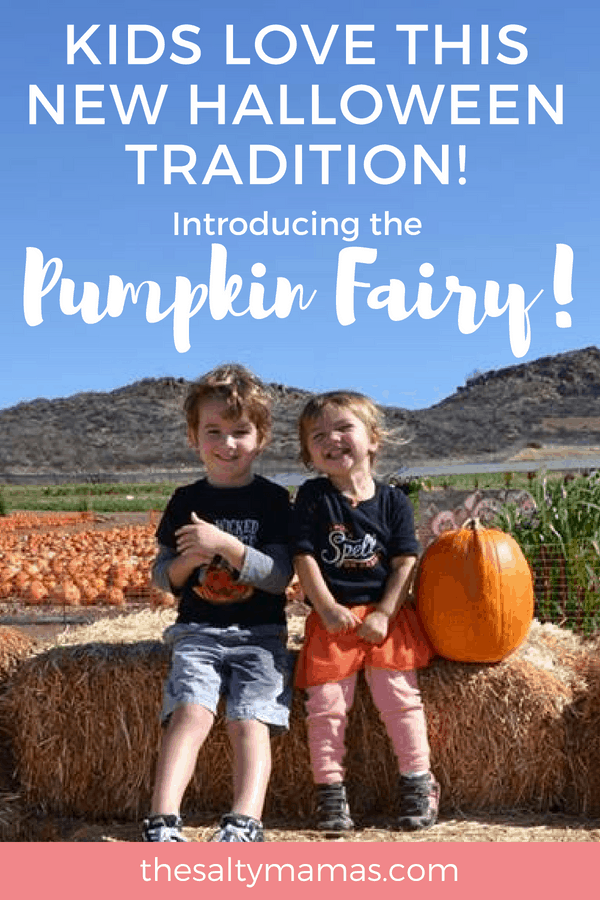 Oh you don’t know about the Pumpkin Fairy? Well let me introduce her to you, because she may very well change your life at the Pumpkin Patch this year!  You see, the Pumpkin Fairy is a beautiful and magical fairy that can turn tiny (read: cheap) pumpkins from the pumpkin patch into big, beautiful pumpkins – overnight!

Confession: The Pumpkin Fairy isn’t real, folks. But it can be real in your house this year if you follow these steps!

Setting up Your Parenting Hack for Halloween

First up – you gotta sell this to your kids. Start laying the groundwork immediately. Tonight, when you put them to bed, don’t forget to tell them about the legend of the Pumpkin Fairy!

She’s beautiful, with orange hair and a dress made from pumpkin seeds and the stringy stuff inside the gourds! And every October, she visits all the little children to turn their baby pumpkins into big magical pumpkins.

(This may be harder if your kids are used to picking out a giant pumpkin at the patch, but you can talk them into it – I believe in you! I mean, who wants one of those big pumpkins, when you can have a pumpkin that has been made out of magic???)

Saving Money at the Pumpkin Patch

Once you get to the pumpkin patch, remind your kids of the new plan – tiny pumpkins! The smaller, the better! Let them pick any pumpkin they want out of that bargain bin! Swapping out that giant pumpkin for a tiny one is going to save you tons of money at the pumpkin patch this year. To help get the kids on board, distract them with some other fun activities they can do now that you’re not spending all your money on overpriced pumpkins! 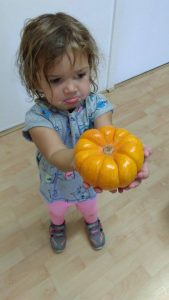 Swapping Out A Small Pumpkin for a Big One

When you get home, find a nice easy spot to put your pumpkins! Don’t do something stupid like put them under pillows. The Pumpkin Fairy is a LOT bigger than the Tooth Fairy and isn’t as good at sneaking around- especially after a glass of wine or two. The porch is an excellent spot.

Then, tuck the kids in.

Have a glass of wine and watch Real Housewives while you wait for them to fall asleep. You’ll be kicking yourself next year (and spending big bucks!) if you get caught. Then swap out those pumpkins with the grocery store ones you’re hiding in the trunk of the car. If you want to get REAL fancy, sprinkle some glitter around. Fairies are notorious for getting glitter on everything.

And that’s it! You saved a ton of money at the pumpkin patch and made a Pinterest-worthy tradition that will have you looking like a) a money saving genius and b) Mom of the Year. It’s a fun Halloween tradition (and genius parenting hack for Halloween) that will make the whole family happy.

Do you have any Halloween traditions in your family? We’d love to hear about them in the comments below!